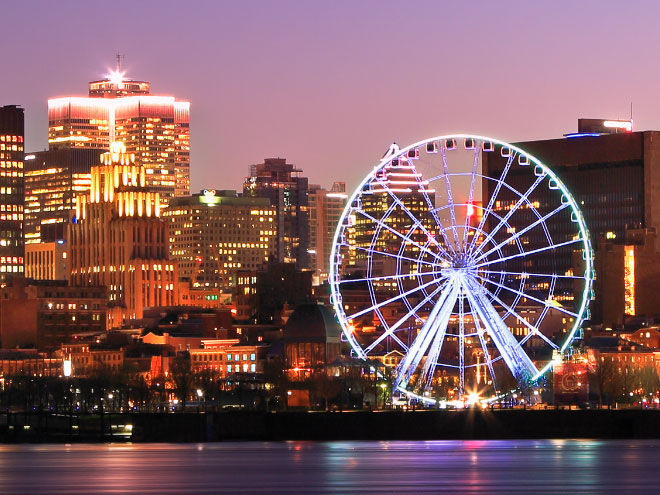 Get a Montreal number with Ooma.

Make sure your business connects with your community
with a 438 area number.

Having a local Montreal phone number is important for any business to be found in their local community, and people often look to support local businesses that are making their communities more prosperous.

Montreal is one of the major cities in Canada. It is the second-most populous city in Canada and the most populous city in the Canadian province of Quebec. The city got its name from the Island of Montreal on which it is centered. French is the official language of Montreal, and as of 2016, it was the main home language of 49.8% of the population. Only about 22.8% spoke English, but it should be noted that multi-language responses were excluded from the data.

Montreal is regarded as one of the most bilingual cities in Quebec and Canada since over 59% of the population speak both English and French. While the beautiful and equally culturally diverse city of Toronto surpassed Montreal (which was Canada's commercial capital for a long time) in population and economic strength. Montreal remains one of the most important commercial centers for aerospace, transports, pharmaceuticals, finance, technology, design, art, culture, food, tourism, fashion, video game development (Ubisoft Montreal, Gameloft, EA Montreal, EA Mobile, A2M, and more, film and world affairs).

Montreal has the second-highest number of consulates in North America and serves as the home to the International Civil Aviation Organization's headquarters. In 2017, Montreal was ranked as the 12th most livable city in the world by the Economist Intelligence Unit in its Global Liveability Ranking. Montreal was also ranked as the best city in the world to be a university student in the QS World University Rankings.

Montreal is one of the world's super cities, and Ooma can only add to all that it has to offer. Ooma offers small businesses, residents, and tourists, local area code 438 phone numbers to ensure that they enjoy a more local feel of the city.

Are all Montreal area codes available?

Can I transfer my Montreal number?

Can I have a Montreal phone number or toll-free number?

Do I own my Montreal phone number?

While Montreal phone numbers are registered and assigned by Ooma, the number is yours to use. As long as your account is in good standing, which means you don’t have any outstanding balances, you are free to transfer it to another phone provider if you choose.