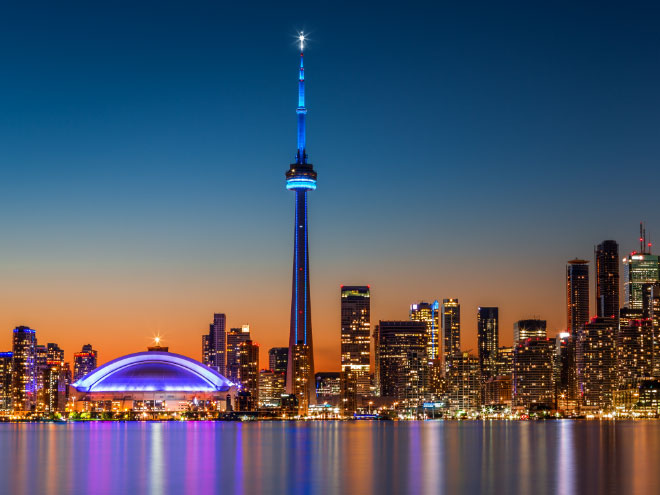 Get a Toronto number with Ooma.

Make sure your business connects with your community
with a 437 area number.

Having a local Toronto phone number is important for any business to be found in their local community, and people often look to support local businesses that are making their communities more prosperous.

Get the local area code 437 with a Toronto Canada phone number.

Toronto is popular for so many reasons, and yes, we will talk about the famous rapper Drake. However, it is interesting to know that Toronto is the capital city of the Canadian province of Ontario. With its population standing at 2.7 million, Toronto is the most populous city in Canada and the fourth most populous North American city.

Toronto has so many things going for it. First, Toronto is an international center of business, finance, arts, and culture. Toronto is recognized as one of the most multicultural and cosmopolitan cities in the world. Toronto's diverse population exhibits its current and historical role as a major destination for immigrants and tourists moving to Canada. Up to half of the residents in Canada are from the minority population group. While English is the most spoken language by most Toronto residents, over 160 languages are spoken in the city.

Toronto has a lot to offer the world in terms of art, music, and theatre. Toronto is a major center for music, motion picture production, television production, and more. The presence of several cultural institutions, museums and galleries, festivals and public events, and sports activities make Toronto a major tourist site. Yearly, Toronto attracts over 43 million tourists to its borders.

The city is also the definition of beautiful, elegant, and modern. This is easily seen in the outrageous presence of skyscrapers and high-rise buildings. The tallest free-standing structure in the Western Hemisphere is the CN Tower.

This city description would be incomplete without mentioning the Canadian rapper, singer, songwriter, actor, and entrepreneur, Drake. He is usually credited for popularizing the Toronto sound and the NBA’s Toronto Raptors basketball team. Drake is Toronto Raptor's official "global ambassador."

Ooma loves the cultural diversity that Toronto offers to its residents and the business opportunities presented by every neighborhood in the city, which is why Ooma provides the residents and small businesses in Toronto with local area code 437 numbers to enjoy a more local feel of the city.

Are all Toronto area codes available?

Can I transfer my Toronto number?

Can I have a Toronto phone number or toll-free number?

Do I own my Toronto phone number?

While Toronto phone numbers are registered and assigned by Ooma, the number is yours to use. As long as your account is in good standing, which means you don’t have any outstanding balances, you are free to transfer it to another phone provider if you choose.

Ooma resellers near Toronto, ON